James was raised in Hinton, IA and graduated from Hinton High School in 1974. After graduating from Northwest Iowa Tech in the spring of 1976, he moved to Albion in November 1976 and started his career at Loup Power District, where he is currently the division superintendent. James married Connie Leifeld, a life-long member of St. Michael's, in September 1978 at St. Michael's, and was confirmed in the Catholic faith in 1979. James was ordained a permanent deacon in the Archdiocese of Omaha on October 23, 2004. The Schindels are the parents of three daughters and currently have nine grandchildren, and another grandchild due in May 2018. 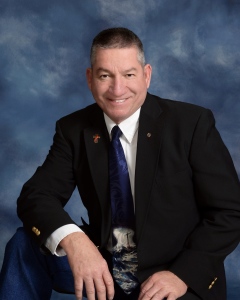