Paul grew up in the Lindsay/St. Bernard, NE area and graduated from Lindsay Holy Family in 1965. Paul served two years in the United States Army and he and his wife, Sue, moved to the Albion area to farm east of town in 1982. Paul was ordained a permanent deacon in the Archdiocese of Omaha on October 22, 2011, the same year his son, Fr. James, was ordained a priest. Paul and Sue have five children and nine grandchildren. (Fr. James is currently serving the parishes in Atkinson and Stuart.) Paul has been the coordinator of JC Camp at Tintern since its inception in 1997 and he has spent a great deal of time in youth ministry at St. Michael's Parish. 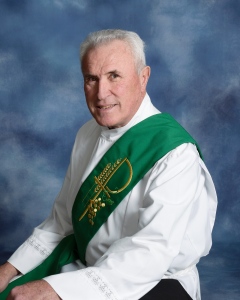